The business world is witnessing a change, it is shifting towards a Digital Economy, where the reliance is more on the Internet, advanced technologies, mobile, cloud, big data and social media. The ways businesses interact or communicate with customers, conduct their operations and deliver experiences have also changed. Mobile, web and IoT applications are taking the driving seat now. These applications support concurrent users, handle several unstructured data, usually have no downtime, deliver responsive experience to users and adapt to new requirements, new features and updates, fast. And, for developing these applications, enterprises rely on agile methodologies and no sql database.

Since 1960s NoSQL database has existed, but its popularity surged in the early twenty first century. Carlo Strozzi used the term NoSQL in 1998. However, in 2009 Johan Oskarsson reintroduced this term. For real-time and big data applications, NoSQL is now being increasingly used as the relational databases could not adapt new requirements of enterprises. As per few reports enterprises that have already implemented NoSQL for complex applications are- GE, Tesco, Marriott, Ryanair and Gannett.

Why no sql database for enterprise applications

So what are nosql databases? NoSQL is a new take on database that is different from the traditional RDBMS or relational database management systems. This database does not rely on structures, but use, flexible data models. NoSQL is used for storing unstructured data like session and user data, log data and device data. Various database technologies are used for NoSQL to meet with the modern and complex applications suitable for enterprises.

RDBMS or relational database management systems failed to cope the challenges and has paved the way for nosql introduction in modern enterprise application development.

What is a Relational Database- Relational Database dates back to the age of the mainframe when the enterprises did not have reliance on big data, cloud computing, mobile and internet. First commercial implementation of relational database was in 1970s. Then the database ran on a single server. SQL or Structured Query Language is used to maintain this database. For increasing the capacity of database the only way is to upgrade servers- scale up memory, storage and processors. The no sql database came into being to meet the challenges that applications faced with relational databases. 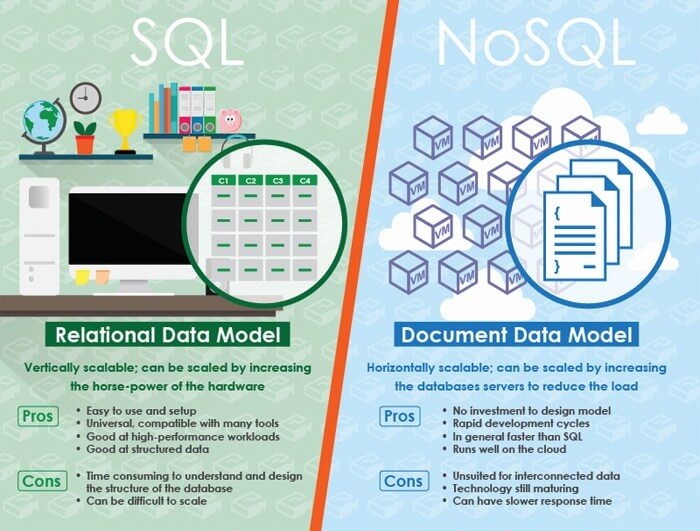 Difference between sql and nosql database 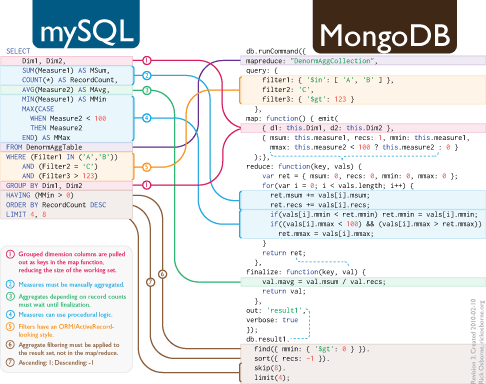 These reasons have led to the popularity of the NoSQL databases. Small businesses, startups and enterprises rely on no sql database to develop applications that assure high performance and efficiency.

To support specific use cases and needs, different types of NoSQL databases are created and these are categorized into four categories.

A NoSQL database can handle different unstructured data of the modern applications. Different advantages of nosql database for enterprise level application development are

In the database ecosystem, NoSQL is now becoming increasingly important. However, for choosing the right database, an enterprise need to consider the issues like data characteristics, application development process and operational issues.