It’s Friday! But what makes it so great? Well, it is The Friday, July 22nd, 2016, the day that every ardent fan of Rajnikanth Sir had been waiting for. Yes, the much anticipated blockbuster Kabali by Thalaiva, hit the silver screen today.

Rajni-fever is evident- many employers are providing free tickets of the film to employees or declaring July 22 as a holiday. Prominent brands (Air Asia, Airtel, Cadbury 5 Star, Amazon, Muthoot Fincorp, Freshdesk, OLA, and CoverItUp) and small businesses have clamored to be associated with this movie.

For the marketing guys this can be a topic of research- how the marketing team of the movie designed an effective campaign by using the social media platforms. The promotional team of this movie had created a buzz, even before the teasers started trending. The official trailer of this film has already got 27,352,707 views on YouTube. 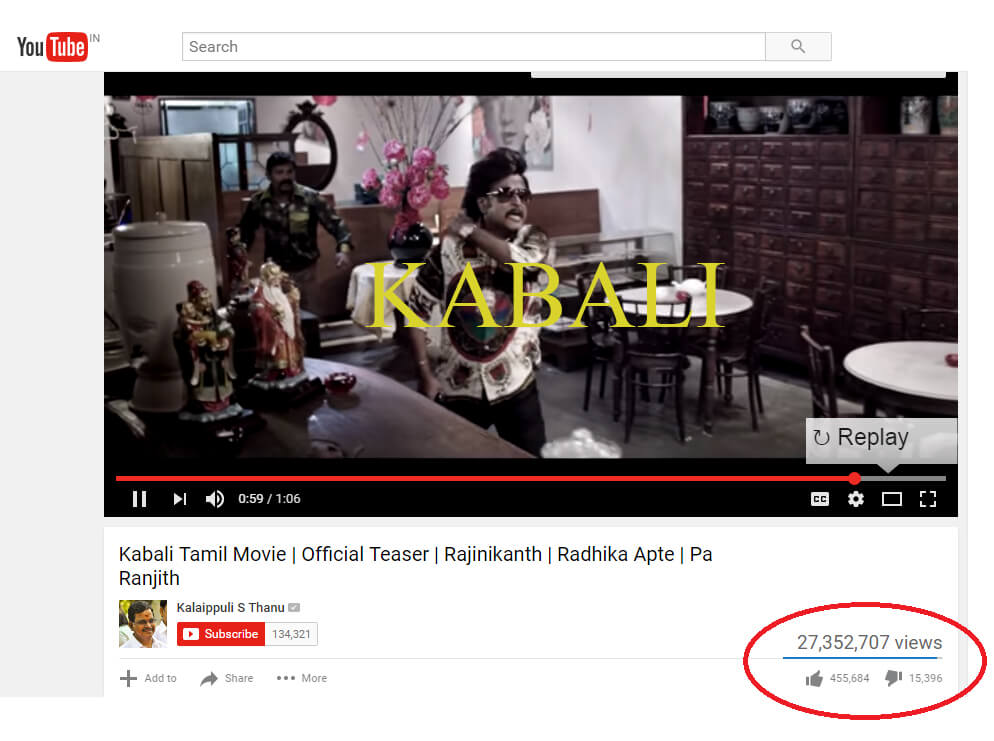 The team has conjured various tricks to keep up the momentum. On Facebook and Twitter, the movie is trending constantly as the team provides regular updates to keep the fans engaged and surprise them. These efforts have heightened the expectation of fans and has transformed a normal Friday to a grand festival of worshipping their respected and beloved Thalaivar. 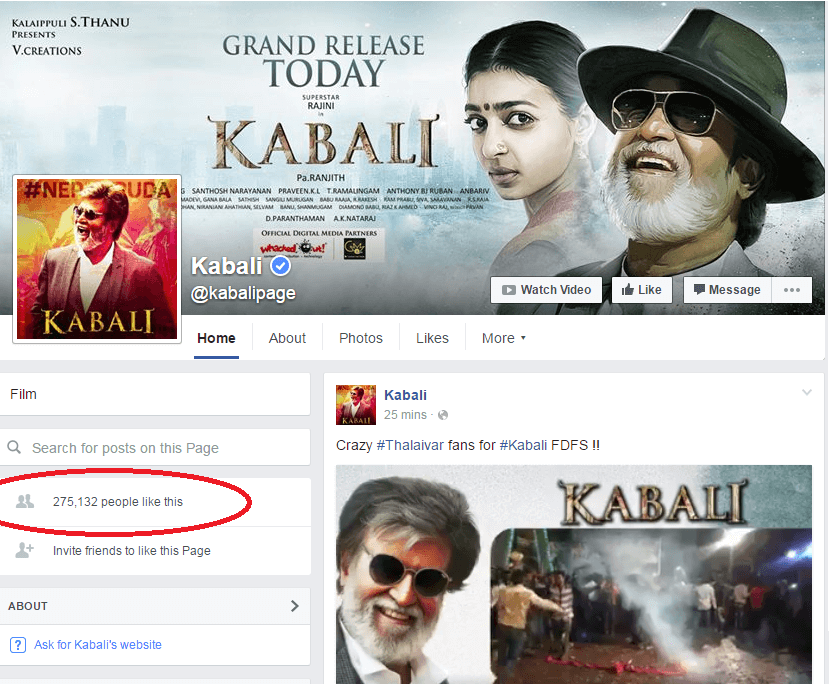 This is not an isolated case, where movies have used social media for promotion. Promotion of movies on social media is a cost-effective and easy method of marketing. It assures an unbelievable level of movie-lovers engagement. Social media is an effective channel for marketers to communicate with the audience, resulting better viewership and reception of the movie.

Why Promotion through Social Media

Movie makers across the globe are leveraging social media to the fullest- create viral campaigns to building awareness. Almost 74 percent of the global population is within the age group of 18 to 65 or more and use social media like Facebook, Instagram, Twitter and Pinterest. The marketing teams use social media to reach different categories of audiences. Updating the trailer on YouTube, posting the stills, behind-the-scene moments on Facebook and Instagram to engage audiences.

It is now a lucrative means for movie makers and marketers to interact with the audience, compel them to talk about the movie both online and offline and increase the audience base. Using social media is a creative way of impressing the audience and engaging them.

There are many platforms available and the marketers can choose one or choose a cross-platform approach that will suit their audience and start their campaign. Marketers can research the trend, add new angles and surprise the audience.

Be it the Hollywood blockbusters or independent project, the movie ecosystem has embraced social media for promotion. Social media platforms like Facebook has tools that help movie makers to connect easily with audiences, there is also an option to sell the tickets to movie buffs. 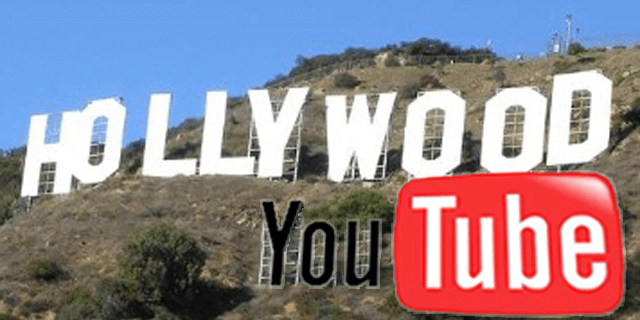 Social media plays an important role in controlling the flow of information. So now, it is important for a movie to have a Facebook page with Likes flowing in regularly, a dedicated Tumbler and Twitter account.

A simple hashtag on the poster of a film can do wonders. Social media initiates the conversation. Katie Khan the head of digital at Paramount Pictures, UK rightly said that official websites are for one- way conversation with fans, but social media starts the dialogue. Analytics results reveal that movie buffs visit the official website of a movie, but if the same is hosted on any social platform, then there is an increased chance of audiences’ visiting the website.

List of Hollywood movies that have fetched high returns by promotion through social media.

Back in India, movie makers and their marketing team rare utilizing the potential of social media. In the last few years, quite a many films have used it in innovative ways. Facebook is the perfect interactive platform that marketing teams use to share information, links and post. They can also form groups to strengthen the promotion.

Few have created a profile of the leading character (Chulbul Pandey of Dabbang ) of the film on social media platforms prior to the release. Other than uploading the trailer on the YouTube, they have also created fan pages to aware the audience about the movie.

Mobile games for different operating systems and live chats are other innovative methods of movie promotion. A worth mentioning promotional campaign is that of Indian blockbuster is Krrish 3 , where tweets were flowing in owing to the caption of the campaign.

The role of social media for movie promotion across the globe is worth mentioning. Movie makers and marketers who have not adopted social media yet need to embrace it fast and reap high benefits like Rajnikath Kabali.